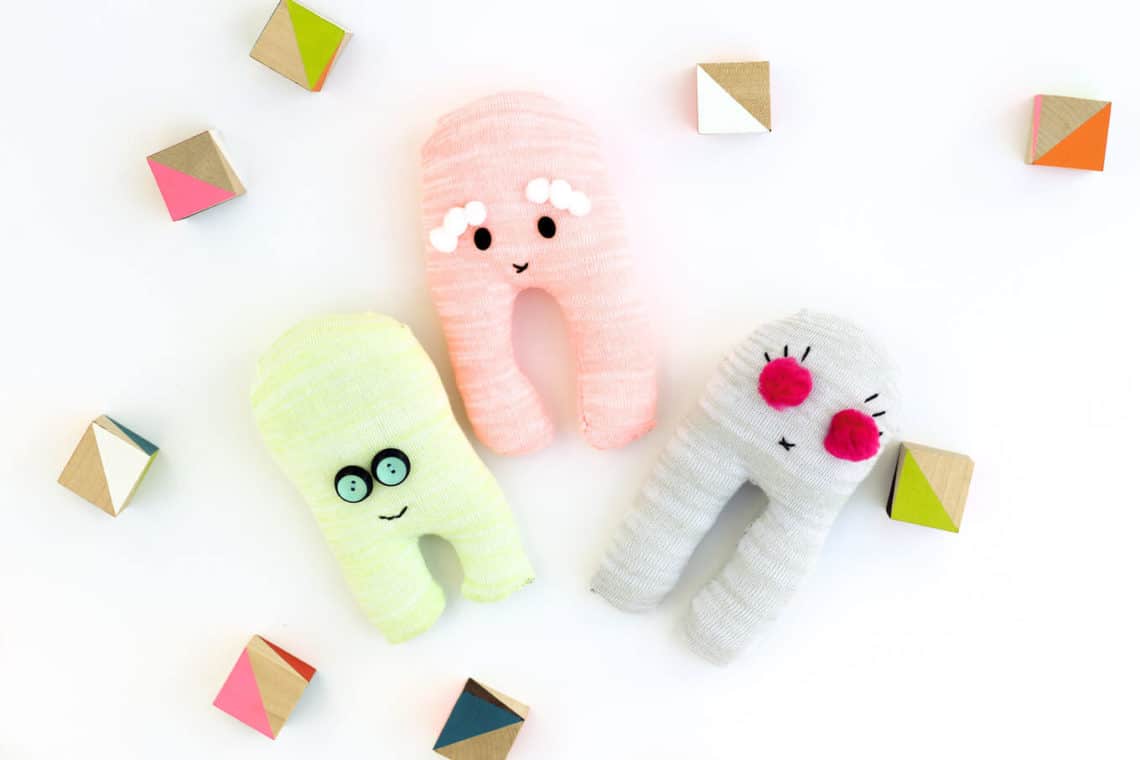 These easy sock robots are a perfect beginner sewing project because they only require a few basic hand sewing skills. Plus, they make a great kids activity for aspiring little sewers. 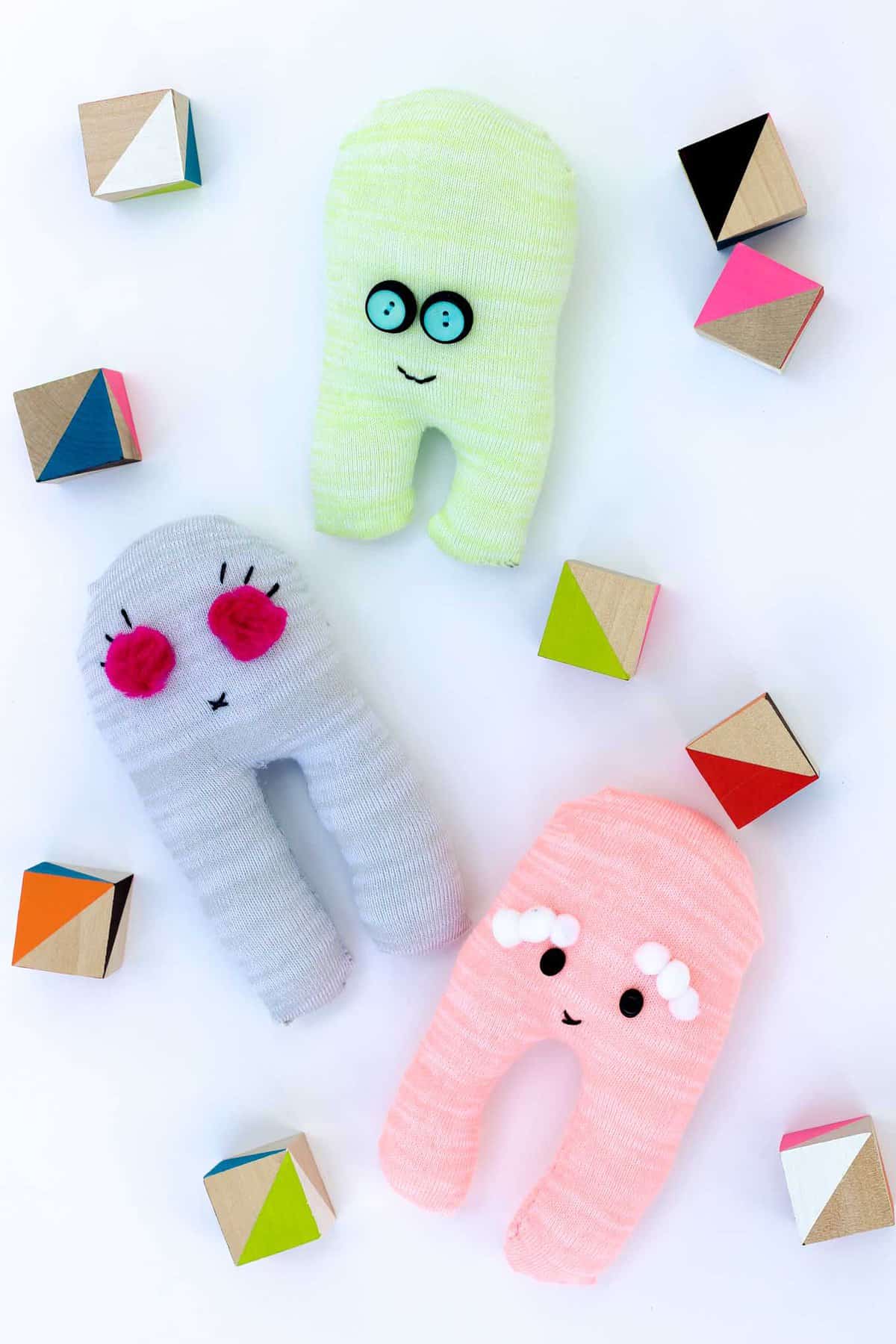 Our family has more one-off socks laying around than you could shake a tree branch at. It’s not even worth hypothesizing where they’ve gone at this point. It’s just one of the mysteries of the universe. That and how an entire bag of potato chips can just evaporate during one short episode of Portlandia. Flat out magic.

So if you too have got a herd of lonely socks, now you can turn them into a happy little robot clan. And if the thought of making toys from something that has been repeatedly saturated with months or years of sweat grosses you out (and I don’t blame you), buy some new ones and get to sewing! 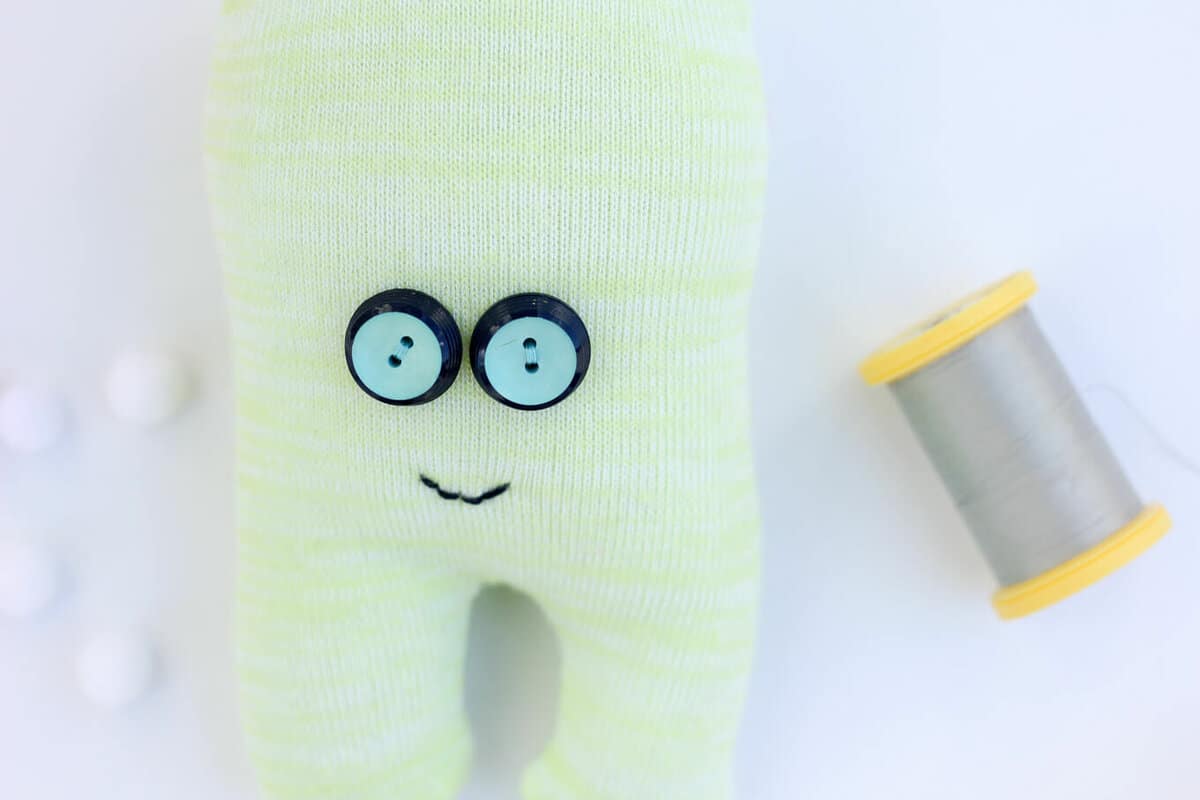 For robot accessories, scavenge your craft supplies for buttons, pom poms, ribbon or really, anything else that inspires you. The fun thing about this easy sewing project is that each little robot friend can be customized so that you end up with a robot posse full of originality. 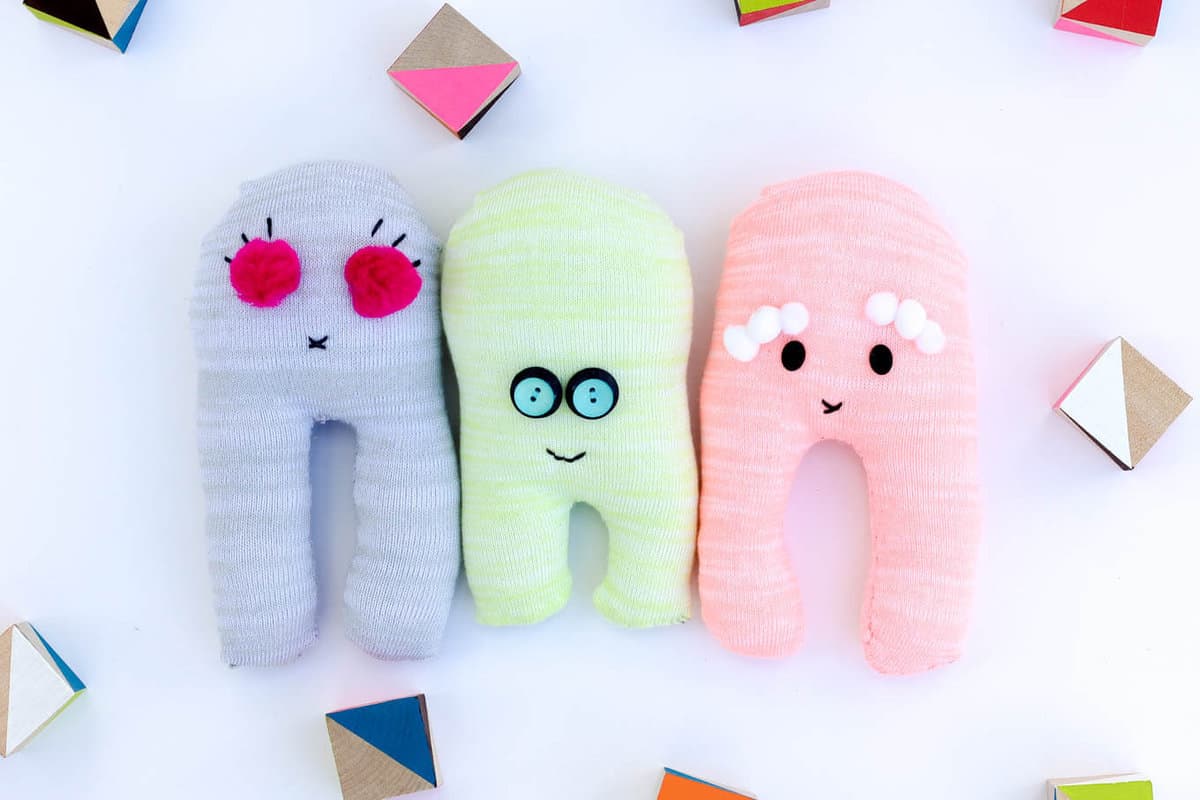 Wait! Before you throw in the towel, er, sock because this tutorial has 15 steps, know that I’ve spelled out every. Single. Step. I wanted this to be a beginner sewing project that makes sense to those who haven’t done much hand sewing. If you’re more experienced though, just glance at the photos and get after it!

So you can spend more time making robotic friends and less time shopping, this post contains affiliate links at no extra cost to you.
• socks
• needle and thread
• buttons, pom poms, ribbon and other embellishments
• polyfil/stuffing
• embroidery thread
• scissors 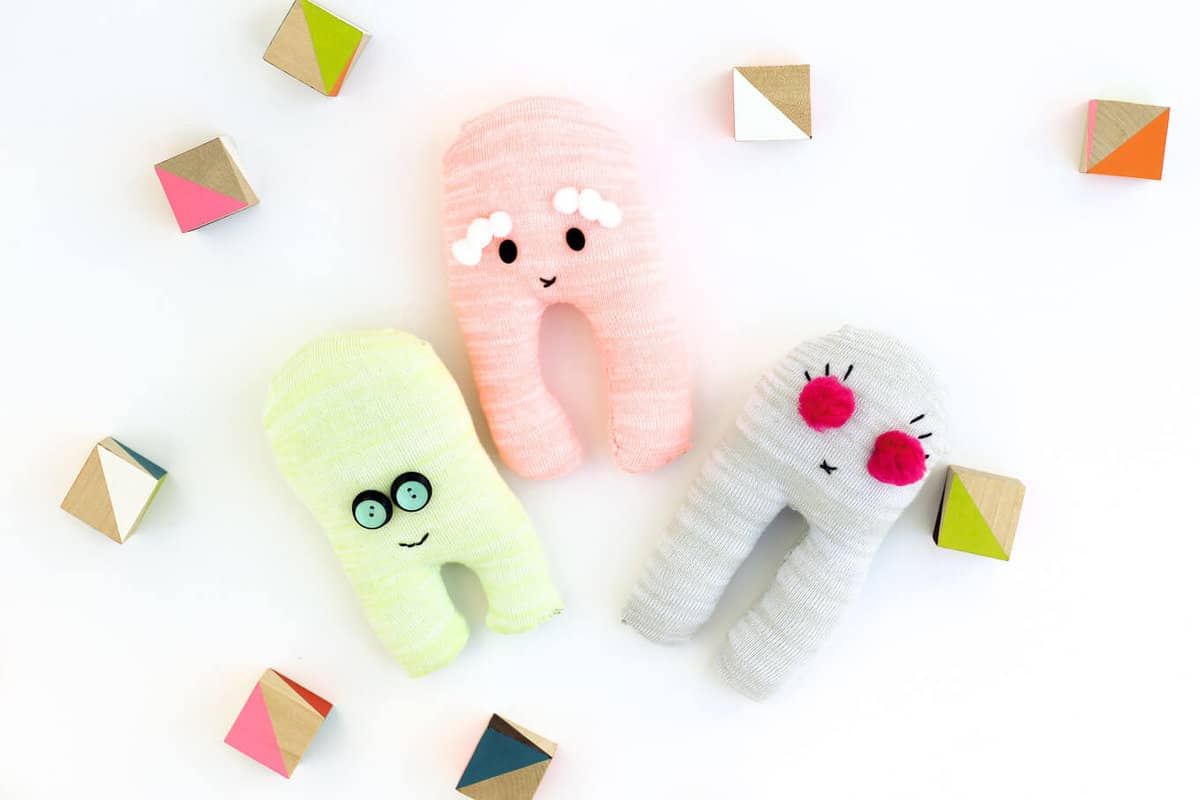 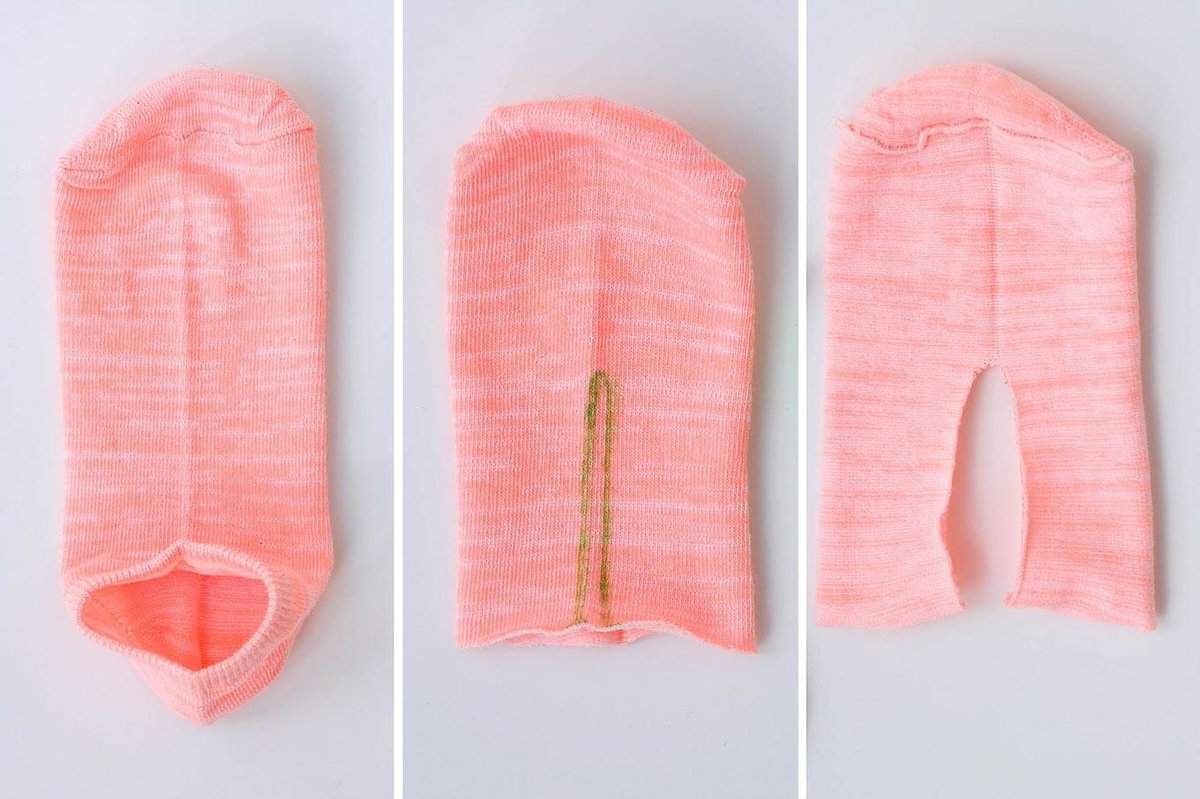 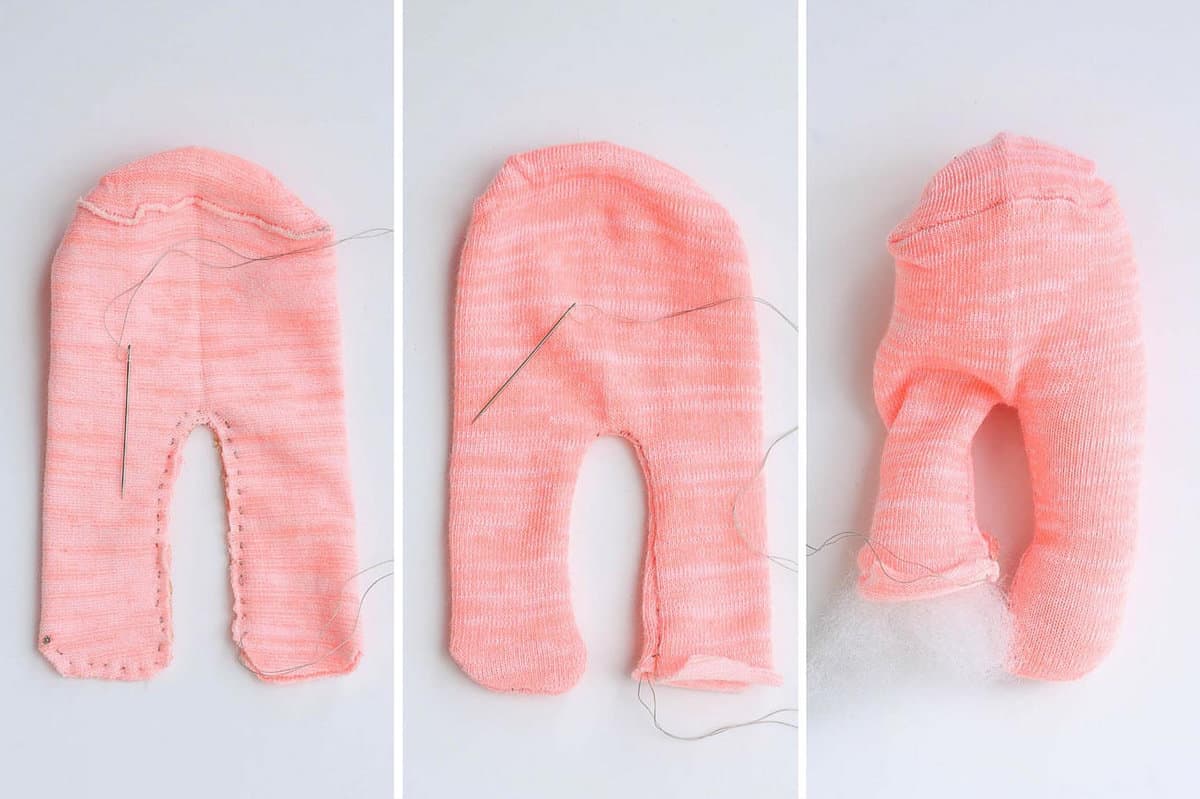 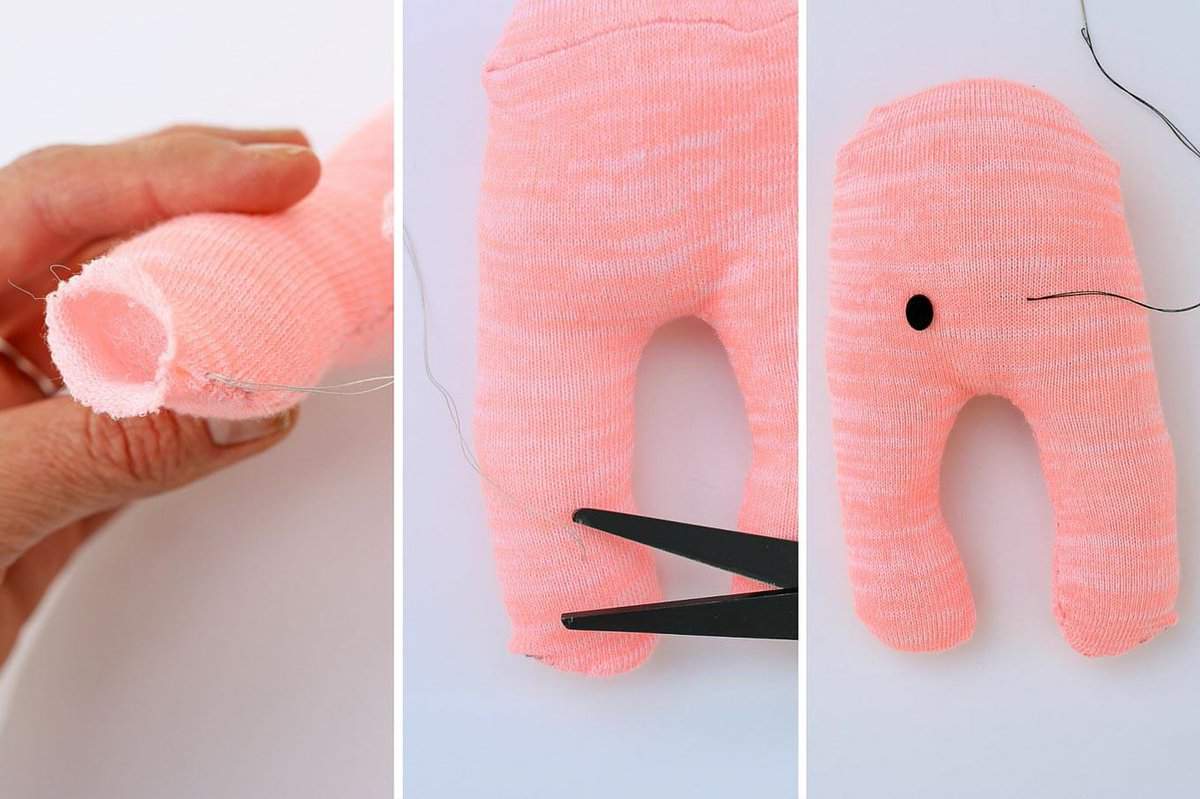 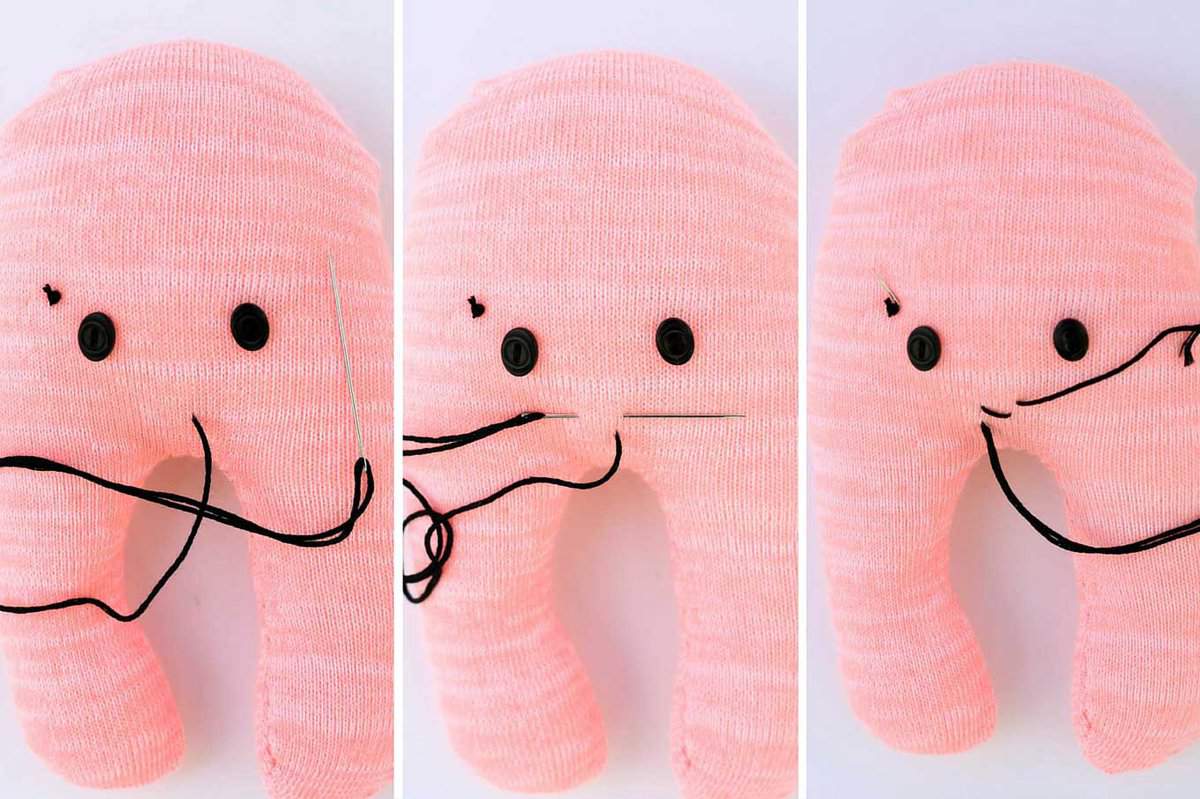 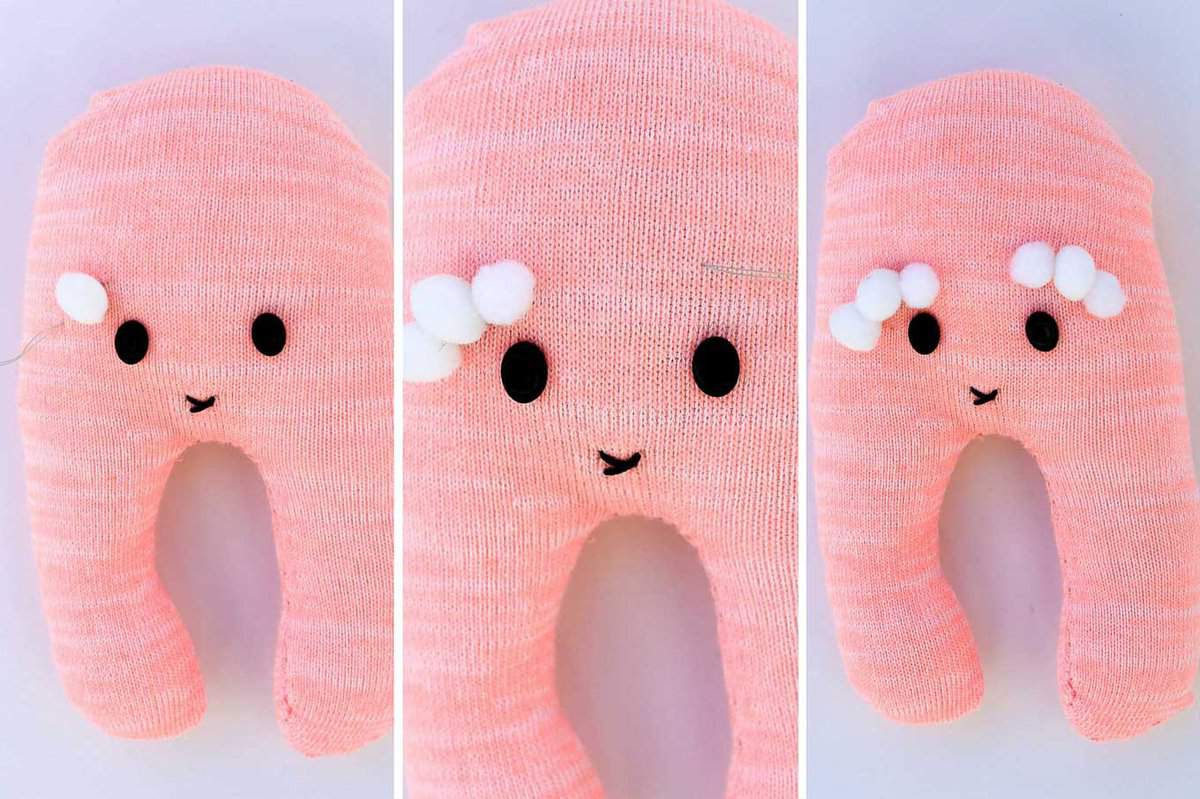 1. Turn the sock inside out. (I forgot to do this when I took this photos. I’m running on extreme teething baby sleep deprivation, so please forgive me!) Cut the heel off the sock.

4. Starting at the far edge of one “foot,” hand sew in basic running stitch. Since the sock is a stretchy knit, sew small stitches ⅛-¼” away from the cut edge.

5. Stop when you get to the inside edge of the second foot, leaving a hole to turn your robot inside out.

6. Plump your robotic friend out with stuffing. Use a chopstick or pencil to slide it into the legs if you’re having trouble.

7. Carefully fold the edges under on the remaining open foot. Use a whip stitch to sew the hole closed.

8. Tie a knot and poke your needle through the foot seam and out through the back of the robot’s leg so that the tail is hidden in the leg when you cut the thread.

9. Sew on button eyes, hiding the knots under the eyes.

10. Use embroidery thread to sew the mouth, insert your needle near the eyebrow area so that your knot can be hidden later.

12. On the final cross of the “X,” send your needle back to the eyebrow area and tie a knot.

13. Using regular sewing thread, pierce a pom pom and sew it onto the knots from the embroidery floss. Add two more pom poms this way.

14. Insert your needle at the edge of the first eyebrow and bring it out where the second eyebrow will begin.

Repeat to make as many of these little guys as you’d like. I think an entire gaggle of them would be adorable. 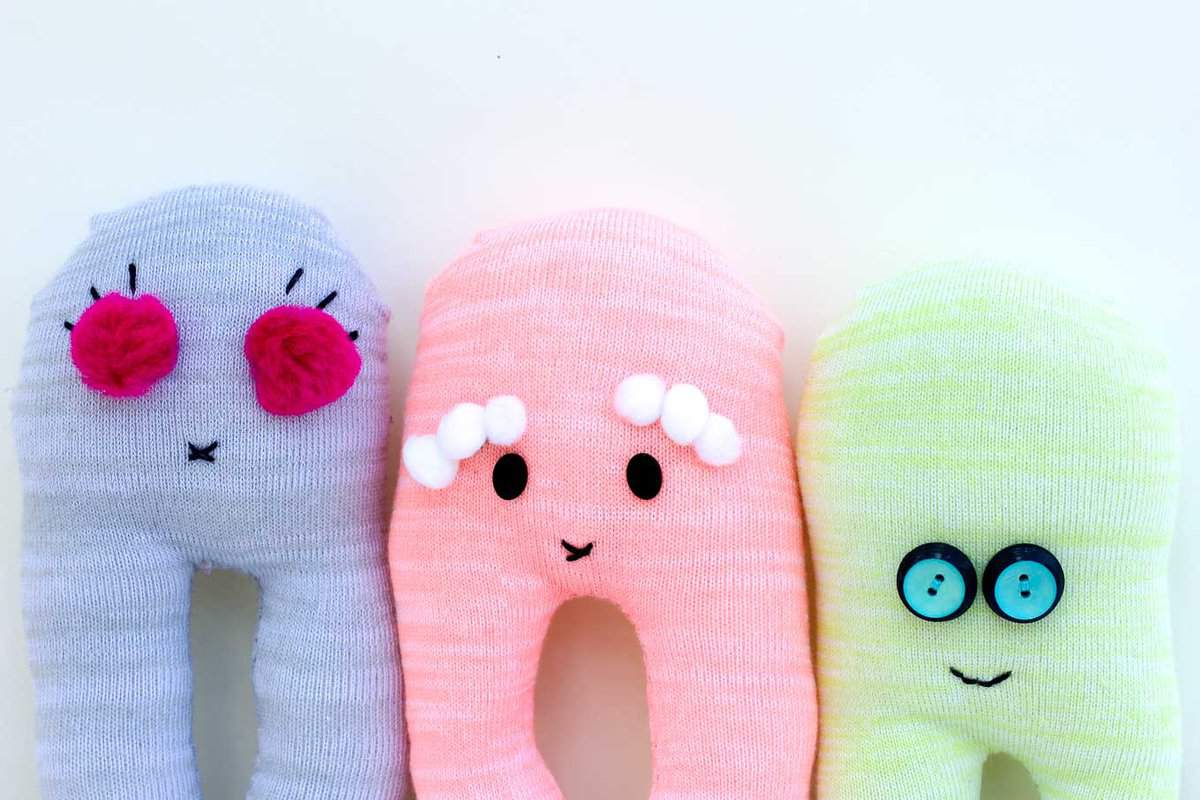 If you’re in the mood for more easy sewing projects, check out these tutorials:
How To Make Mittens From a Felted Sweater (free pattern!)
Sign Language “I Love You” Free Embroidery Pattern
How To Turn Old Sweaters Into Boot Toppers

Get instant access to my vault of exclusive FREE crochet patterns and craft templates.

How To Make a DIY Pom Pom Rug