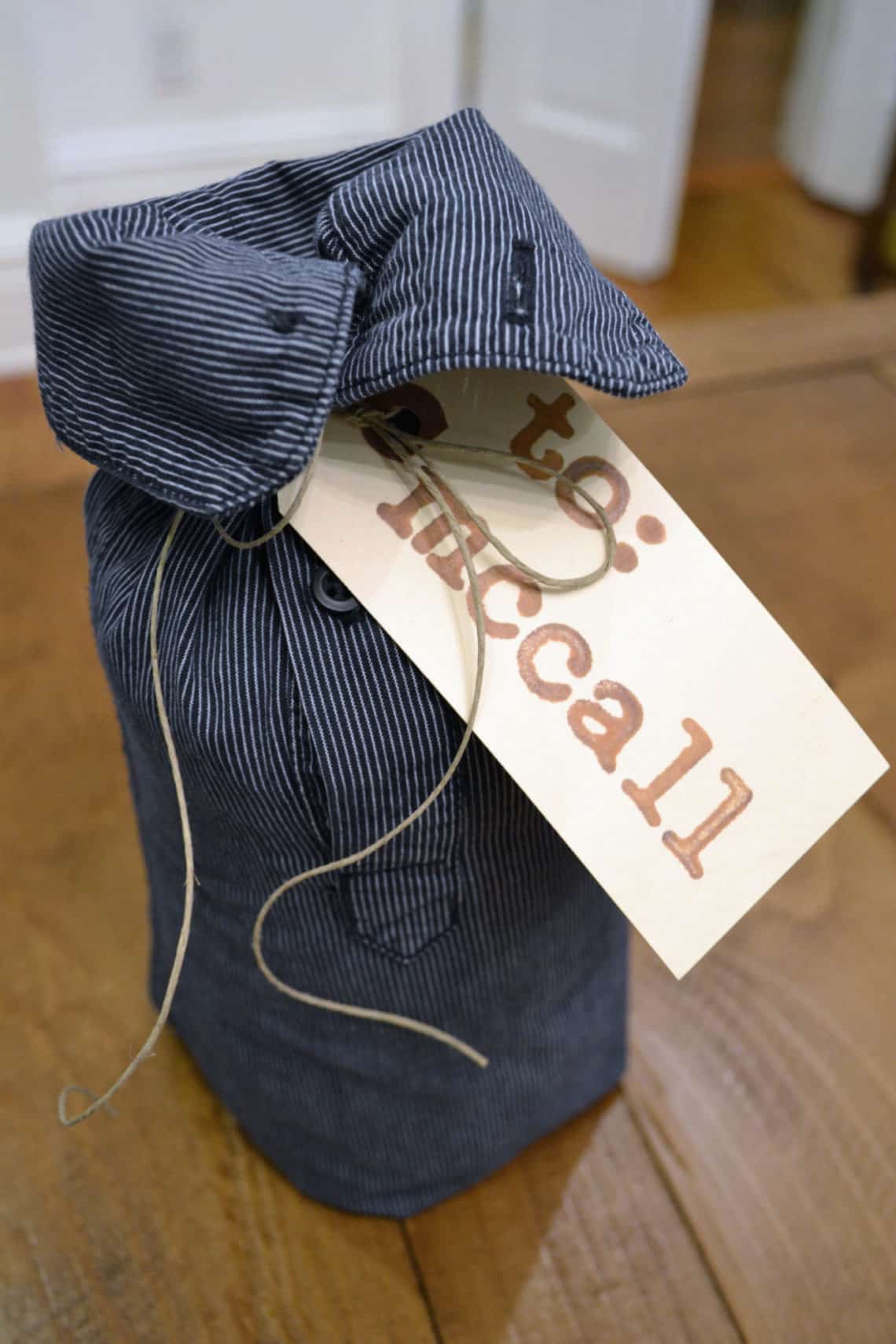 Earlier this week, I finished the cotton cowl scarf I was making for McCall’s birthday present. This in itself is awesome, but it presented me with the familiar odd-shaped-present-wrapping dilemma. Thus I came up with this alternative to wrapping paper to conceal McCall’s cowl. I’ll show you how you can too, but first, here’s how I happened upon my “supplies.” 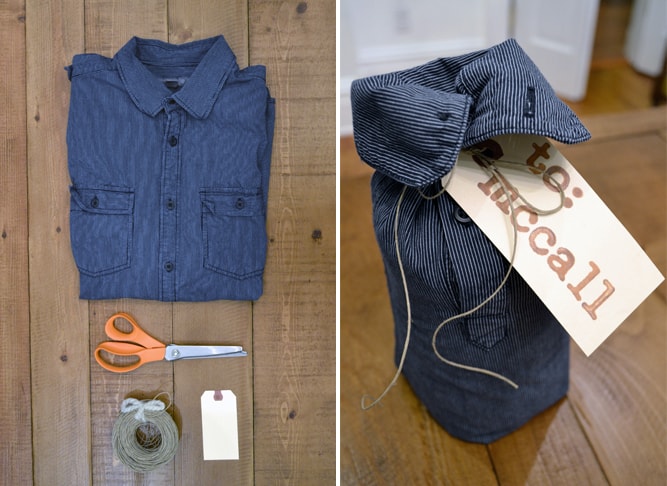 Mike’s had the same three shirts hanging our bedroom doorknob for weeks. At first I thought they were hanging there to dry. Then I thought he had set them out to wear. My creative juices started flowing when they were still there a couple weeks later. This is Mike’s, who is typically quite tidy, sign than something is destined for donation. Last night, I confirmed they were indeed up for the taking. (I intercept about 90% of the stuff Mike earmarks for Goodwill so that I can stash it away for a project. Recently, I used his old t-shirts to make these awesome scarves. It’s gotten so bad that he sometimes smuggles stuff out to his car so that he can donate it before I see it. Thing is, I’m just going to go to a thrift store and pay money for something similar, so I figure why not just cut out the middle man?) 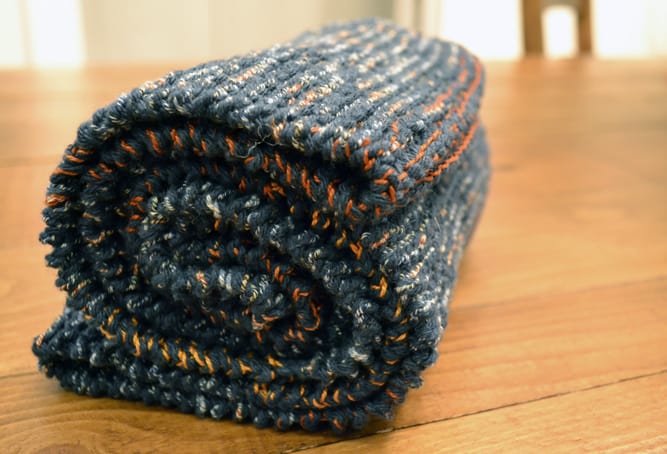 So here’s how I wrapped the cowl using one of these orphaned shirts. I think this would be a really handy way to wrap anything round or odd-shaped (and it happens to be totally green and cost zero dollars, too!)

Ingredients you’ll need: A shirt you don’t mind cutting Scissors Twine, ribbon, a shoelace or a string of some sort A gift tag A needle and thread or hot glue First, I rolled the cowl into this nicely shaped cylinder. I think it looks kind of like the yule log cake Mike buys every Christmas at Whole Foods. That cake costs about the same amount as my first year of college, but with all its frosting goodness, I think it’s actually also about as valuable. Next I measured the cowl against the shirt and cut off enough of the sleeve to have plenty of extra fabric to work with if I needed it.

I stuffed the cowl inside the sleeve and folded the non-wrist end into a tidy package. I sewed a couple quick stitches to fasten it, but you could use hot glue for an even quicker solution. 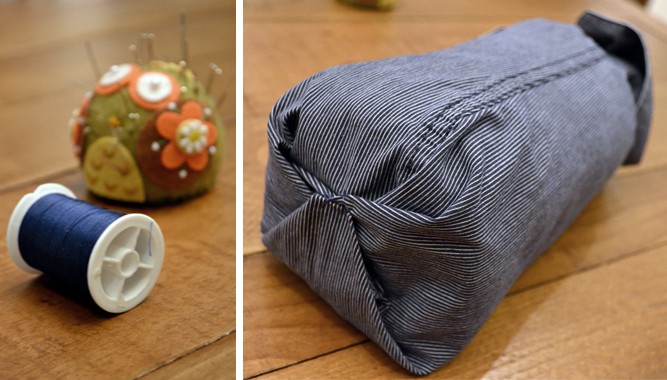 All my package needed now was a tag and a bow. 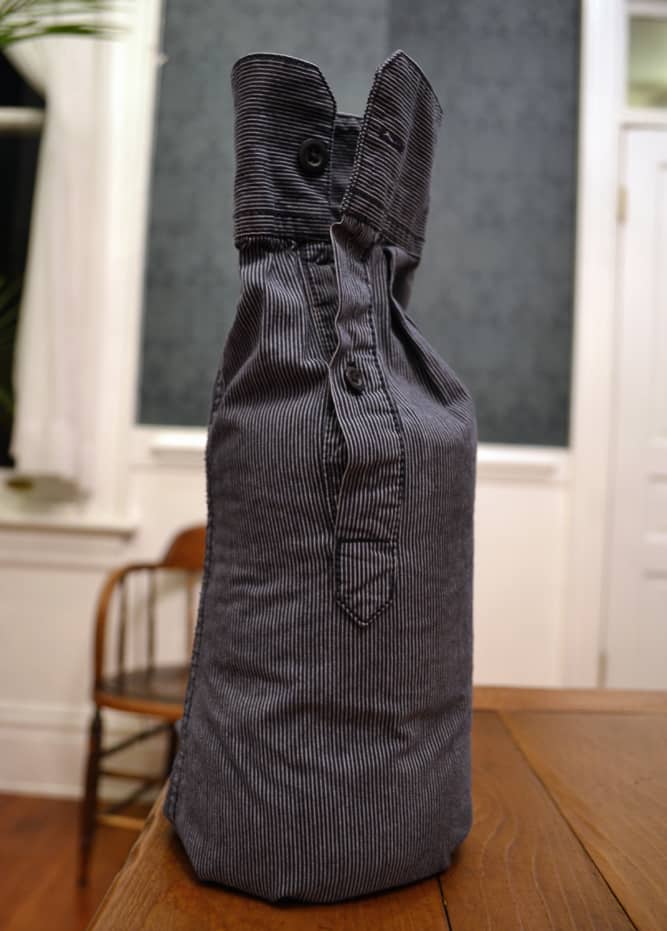 I used stamps to make a simple nametag. Ain’t gonna be no confusion about who this package is for now. 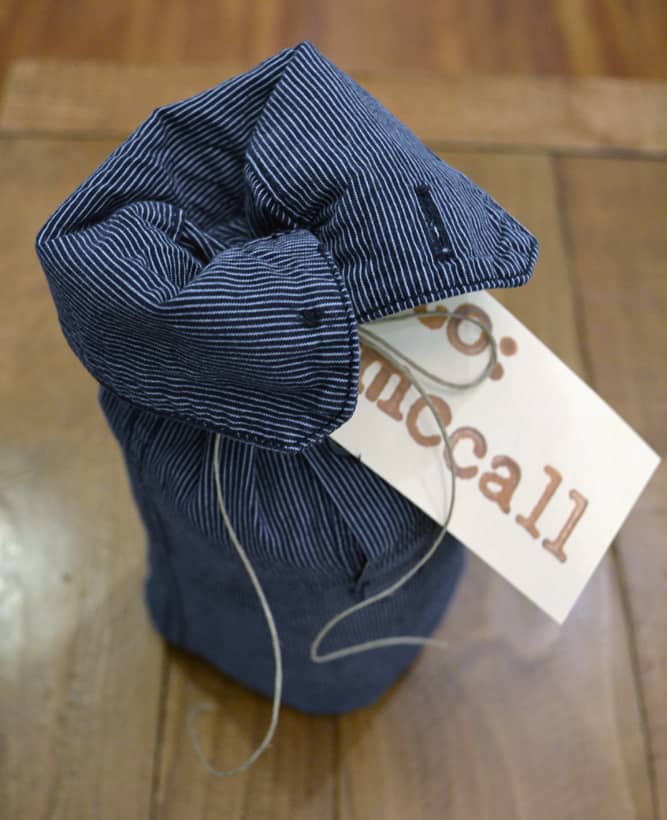 In this case, I used jute to fasten the tag to the gift. You could also use ribbon, baker’s twine, a strip of fabric or even a shoelace.

Now I just need the good people from the USPS to run this little puppy up to Rhode Island! Do you have any tricks for wrapping odd-shaped gifts? What are your favorite alternatives to wrapping paper? 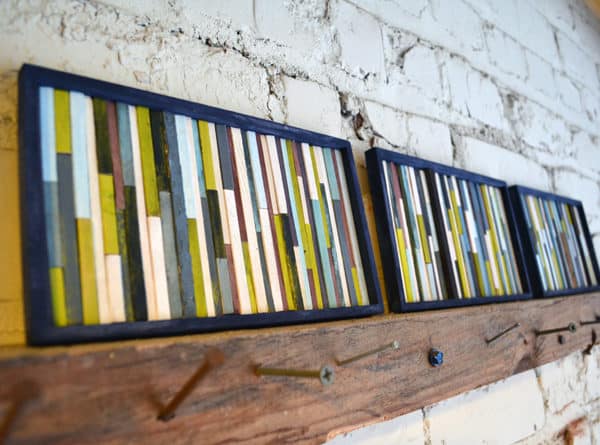