Learn how to crochet the herringbone double crochet stitch in this easy video tutorial. This modern-looking stitch is great for afghans, scarves and striped projects. Because it's based on double crochet, it also worked up really quickly! Put it to use in my free "Bixby Cowl" pattern. 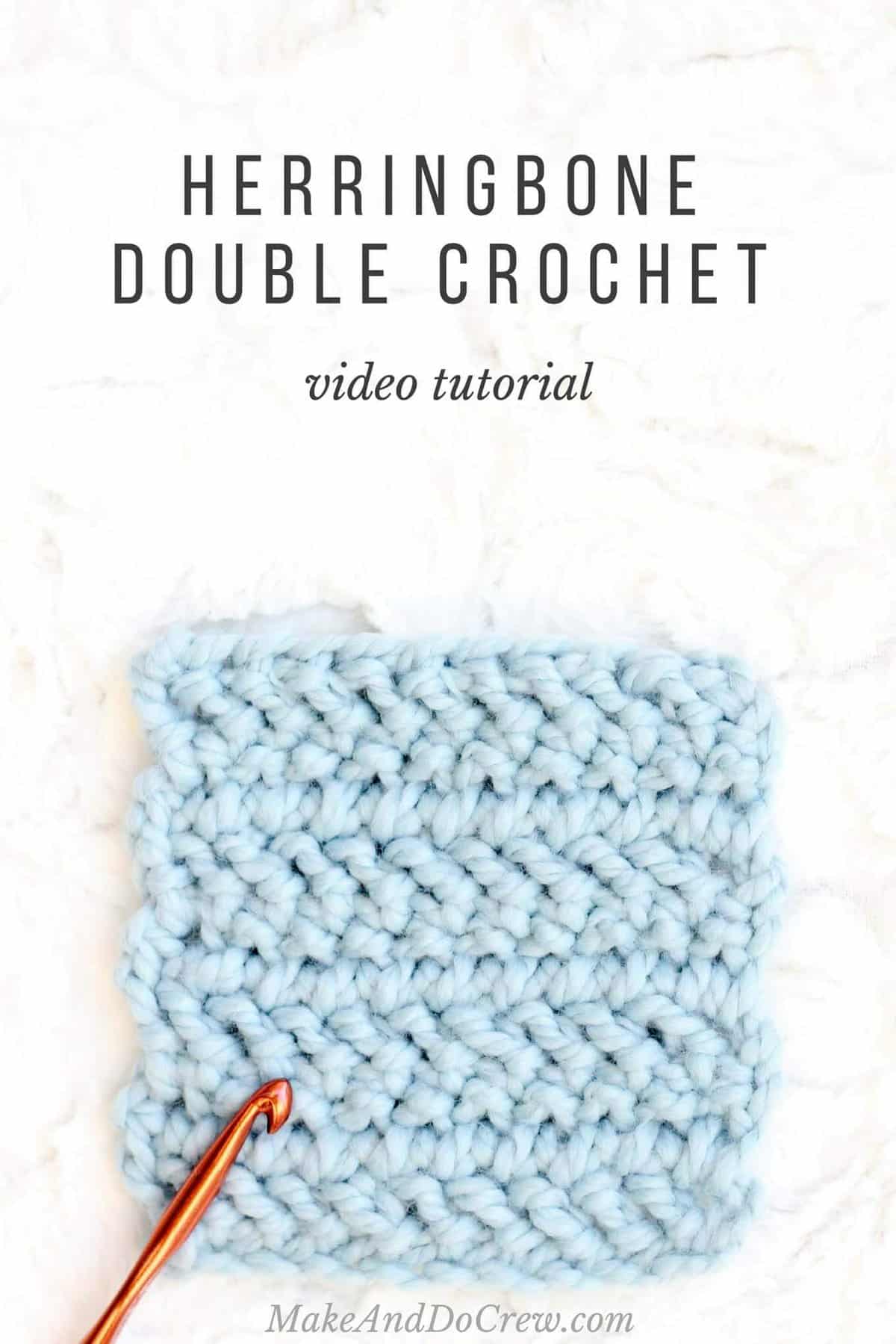 Do you guys know what I mean when I say something looks "too crocheted?" As in, it looks just a little fuddy duddy and old fashioned? Like some sort of toilet paper roll cover that you'd see in a church basement bathroom. You know, too crocheted.

Don't get me wrong. I love crochet. (Obviously.) But I particularly like it when the texture looks intricate, modern and sometimes even (dare I say it?), like knitting. 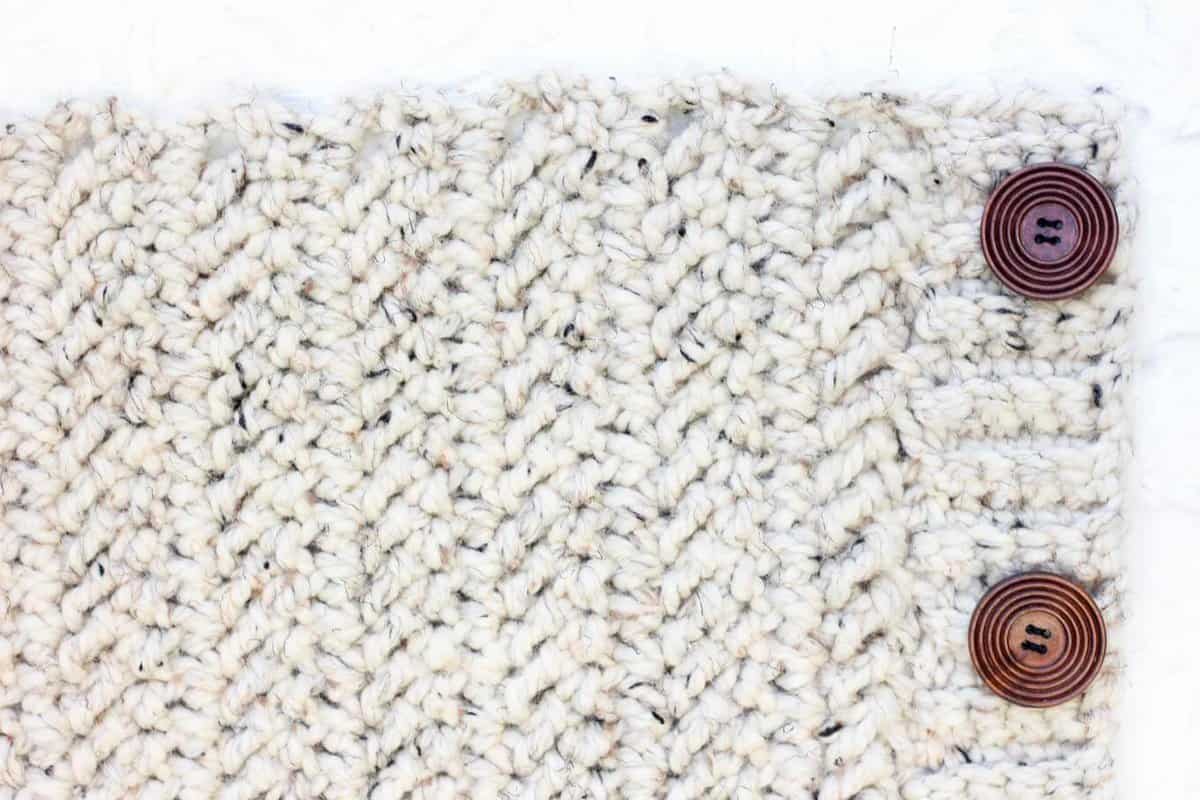 Today I'd like to show you how to crochet the herringbone double crochet stitch because it has all the qualities we love about herringbone tile or fabric. This stitch has classic clean lines, a graphic overall effect and it's really easy (and fast!) to crochet. I love how it looks in this Wool-Ease Thick & Quick from Lion Brand. So squishy and plush, isn't it? (UPDATE: Like those buttons? They're part of the free "Bixby Cowl" pattern that uses this stitch!)

Alright, without further ado, let's learn how to crochet the herringbone double crochet stitch! Check out the video below for step by step instructions or keep scrolling for the written instructions.

And stay tuned later this week because I have a free pattern coming that can put this stitch to use! (You can even catch a sneak peek at the end of this video tutorial!)

Note: I don't mention this in the video, but the final stitch of each row should be worked in the top part of the turning chain. I only learned this after making and recording the video. I suspect that doing this might eliminate the "gap" at the edges that I mention. My suggestion would be to make a little swatch using two turning chains and one using three turning chains and see what you like best!

How To Crochet the Herringbone Double Crochet Stitch - Written Instructions

Notes:
• I explain this in the video, but the two swatches below illustrate the difference between using two (left) or three (right) turning chains. This stitch usually calls for three turning chains, but I prefer how there is less of a visible gap at each edge when two chains are used. These instructions explain the 2 turning chain (blue) version and instructions for the 3 turning chain version are in parentheses.
• Work the final hbdc of each row into the top of the turning chain to create a smoother edge.

Repeat row 2 for as many rows as you wish.

Now that you know how to crochet the herringbone double crochet stitch, you can make my free "Bixby Cowl" pattern with ease!

If you're looking for more "fancy" crochet stitches that are far simpler than they look, you might like these video tutorials:

How to Crochet the Suzette Stitch